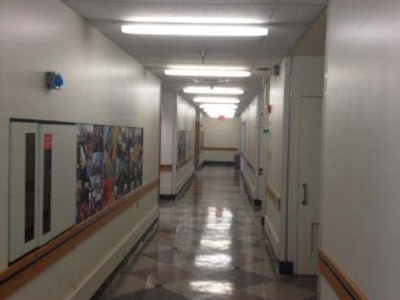 Some of the most sustainable construction work on campus doesn’t always have the highest profile. Oftentimes doing significant maintenance and upgrades to existing buildings can produce a “greener” outcome than demolition and starting from scratch. Cases in point are the 40-plus buildings being studied for energy efficiency upgrade work funded by the University’s Century Bond program. Thirty-two buildings have been identified for lighting upgrades and 17 have been selected for potential heating-ventilation-air-conditioning (HVAC) overhauls. It is anticipated that the HVAC study will identify five to seven buildings in which those overhauls will have the most impact, and those projects will be implemented using Century Bond funds.

Sustainability will be realized in the outcomes: Following upgrades, some buildings may see as much as a 60% decrease in energy use, saving on utility costs and shrinking the University’s carbon footprint. In addition to reducing energy usage, these newer systems will greatly reduce the operations and maintenance costs associated with the older systems, and will provide greater comfort and control for the occupants of the buildings. Many of the green benefits won’t be seen on the surface as they would be with, for example, a green roof or solar panels. “While replacing light fixtures and HVAC systems are not highly visible, they are projects that have a significant impact on the University and on those who use the buildings,” says John Zurn, Director of the Century Bond Program in Facilities & Real Estate Services.

Timelines for these projects are moving along well, according to project managers. The Century Bond program was approved by the administration in March, after which the University sold $300 million worth of bonds. As of December, feasibility studies for potential lighting and HVAC projects are underway.  These studies are scheduled to be completed in the end of February 2013. At present, and while these studies are being done, eight lighting projects are currently in the design phase and the first major HVAC project, a complete upgrade to the Chemistry 1973 building, is also well into design. Read more about the Century Bond program in the October 2012 issue of On College Green.