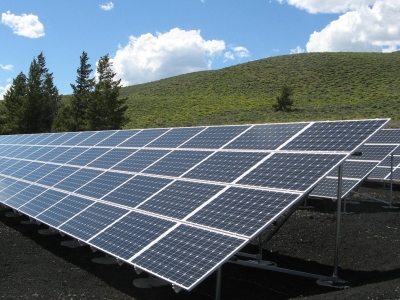 The University of Pennsylvania has signed a Power Purchase Agreement (PPA) for the creation of a solar power project moving the University significantly closer to meeting its commitment of a 100% carbon neutral campus by 2042, as outlined in the Climate & Sustainability Action Plan 3.0. This article outlines some frequently asked questions (FAQs) about the agreement.

What is a solar power purchase agreement?

What is the size of Penn’s PPA?

This project will be a 220 Megawatt (MW) solar power project that will cover about 1,600 acres in Central Pennsylvania. This system is expected to generate approximately 450,000 Megawatt-hours of electricity per year. This is enough energy to power approximately 43,000 homes.

What other universities have PPAs? How do they compare to Penn’s proposed system?

Many of our Ivy+ peers have signed PPAs as well (mostly solar, but some wind), but Penn’s is the largest at 220 MW.

In terms of the Pennsylvania region, many of our peers have signed PPAs as well, but again, Penn’s is by far the largest.

Why is Penn not pursuing larger solar projects on Penn’s campus?

Given that grid energy costs have continued on a downward trend line and with historic energy costs lows, how did you respond to concerns that you may lock into a price that ends up being higher than the market rate?

There is always going to be market risk of market prices falling below our locked in price. In response to these concerns, we analyzed various scenarios that used current forward market pricing to evaluate the market risk over 25 years. The results showed a low level of risk for market prices to drop below our contracted price over the life of the PPA, well within the accepted levels for the University.

Now that you have formalized an agreement for this PPA, are there plans to finance the development of additional projects so that 100% of Penn’s electricity use would be covered? What would be the timeline for that?

We do not have plans for another PPA at present. We are currently focusing on reduction of energy consumption on campus, which will reduce what we need to buy from the grid. Additionally, Penn has a goal of carbon neutrality by 2042. We are currently assessing a variety of avenues to achieve that goal.

Are there any job training opportunities related to the maintenance of the solar farm?

Penn is procuring power from Community Energy and will not be involved in operation or maintenance of the facility. Any job training is outside of our purview.

Is there any opportunity for this project to be used for engineering and data studies by Penn studies?

Penn will be exploring opportunities for this project to be utilized by the student body for research purposes once the facilities are constructed and does not yet have any specific plans.

When will Penn start to actually see results from this, i.e. when will we start getting power?

The expected commercial operation date is the end of 2022, so we expect to see power in 2023.

Was an environmental impact assessment completed for the site of the PPA? What was found?

Did the team consider other potential environmental impacts including mining, labor, or disposal as part of the negotiations and cost benefit analysis?

The project will put Penn on a solid path to its goal of carbon neutrality. The project will offset 166,000 MTCE per year. These benefits were seen as optimal for Penn’s desire to address carbon emissions in mitigating the effects of climate change. Other potential impacts were considered but not included in the analysis.

Is there a plan to address what happens at the end of the 25-year lifespan of the panels after their warranty expires? In terms of recycling/reusing any of the material from the panels.

The project is expected to have a 35-40 year life. The project will be decommissioned at the end of its life. The steel posts that support the racking structure that hold the panels are pounded into the ground with no concrete footers so they can be fully removed at the end of the project’s life. Steel and aluminum parts are expected to be recycled. Solar panels are more than 80% glass and aluminum, so recycling of the panels is expected as well. The solar panel recycling industry is in its early stages of development as the vast majority of panels manufactured are still in operation. There are facilities in the US and abroad, and we expect solar panel recycling to grow as more and more panels are decommissioned.

Is there a cost benefit analysis for this energy transition? Also, what were the components used in this analysis?

Penn's primary commitment was to create additionality of alternative energy production. Over the 25-year contract, the rates are competitive with projected conventional electricity prices.