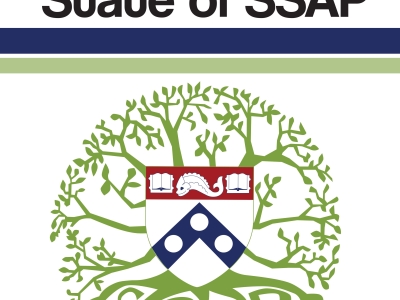 As the official student umbrella group for environmental sustainability, the Student Sustainability Association at Penn (SSAP) was founded in 2010 to foster cohesion among environmentally focused student groups, develop strategies for impacting campus performance, and create a unified student voice on green issues.

“The student environmental community has grown immensely since the 2009 launch of Penn’s Climate Action Plan. SSAP plays a crucial role in helping foster increased collaboration among the 18 student environmental groups on campus, as well as between students, staff, and faculty working on environmental issues,” said SSAP Executive Board Co-Chair, Emily Wei.

“For the administration, SSAP has been an enormous ally, and has served as a sounding board when we are considering launching new initiatives,” said Penn Sustainability Director Dan Garofalo. “Having a committed group of students to partner with on programs and policies makes our work much more effective. These students are thought leaders on sustainability, and we value their contributions tremendously.”